This has got to be one of the most brilliant songs EVER recorded. I listen to it quite a bit when I am feeling like giving up on the human race as a whole. I also listen to it when I am in one of those weird funks. Not all out depressed. Just a sort of blah flat-line nothingness. Kind of like that numb feeling one has after having a bunch of dental work……something I REALLY need to be having. In any event. One needs to look DEEP in this song to uncover the real meaning. I just watched it again and it is the first time I have watched it since Paul and I have become addicted to “The Big Bang Theory” and I let out a small laugh for as soul pulling and gut wrenching and close to me as this song is, it really reminds me of something from that show…. for some reason; a reason I have no idea why. 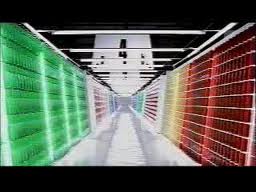 I think the reason this song is so near and dear to my hear it first, I LOVE Radiohead. I LOVE LOVE LOVE Coldplay more, but the two bands are very similar and yes, I know Radiohead came first but that does not automatically make them ‘better’. However, they are amazing and I love their music. And as one fan put it, I want to die old, listening to this song. Fake. I went to four years of High School with fake rich kids and I hated it. I have seen it a LOT in churches I belong to (tho I admit the church I go to now, while there on some level, is a LOT LESS percentage wise than ANY other church I have ever been to). I have seen it in clubs, on line support groups and sadly and struggling in my own family (married side) with a situation dealing with something akin to this. What is sad is it will probably be a decade if ever before we fly the pond again so I don’t know what kind of ‘threat’ I/we are to anyone, but people grow and I forget that when I was 1/2 my age I thought a lot different than I do now and tho getting older sucks, at least with age comes wisdom.

Also, the last part that just grabbed my part, “If I could be who you wanted, if I could be who you wanted. ”  I have spent a decade trying to be who two people have wanted. I have jumped little hoops, big hoops, flaming and spiked hoops…. you name it. Finally with the help of my new therapist, I put it to bed, put a lead casing around my heart where they are concerned and started focusing on the people that LOVE ME FOR WHO I AM AND RECOGNIZE THAT I AM GOING TO MAKE MISTAKES EVERY DAY OF MY LIFE, but I am trying as hard as I can to live the best life I can within the confines of my limitations. So for all the fakers in that big fat fake world, the 20th best song ever, “Fake Plastic Trees” by Radiohead 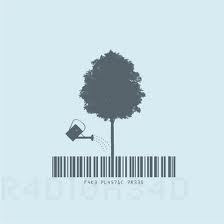