6th Best Song Ever, Most Would Agree! 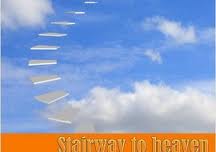 My pick for the 6th best song of all time is hands down a favorite of rock enthusiast from age twenty to age seventy as well as being named by many critics as the best rock song of all time. I would not go quite that far, but that is just my opinion. All the same, this song rocks, rolls and moves in so many ways and on so many levels it is really hard to find words. You just have to listen to its greatness to grasp what is Led Zeppelin’s “Stairway To Heaven”.

The song starts soft and subtle with a beautiful flute solo. I miss my daughter Taylor so much since she has went off to college. She is the youngest and that is hard for sure but one of the biggest things I miss is hearing her play her flute. She has an amazing talent and I am overjoyed that she is pursuing her passion in her college studies. The song swells and swells and gets bigger and bigger until it hits a great rock and roll crescendo and then it starts backing off again to that soft, sad, serene ending. Amazing! 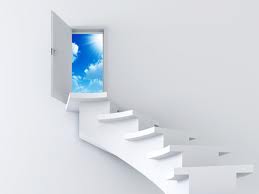 Then there is the lyrics. Who has really read the lyrics?:

There’s a sign on the wall but she wants to be sure
‘Cause you know sometimes words have two meanings.
In a tree by the brook, there’s a songbird who sings,
Sometimes all of our thoughts are misgiven.

There’s a feeling I get when I look to the west,
And my spirit is crying for leaving.
In my thoughts I have seen rings of smoke through the trees,
And the voices of those who stand looking.

And it’s whispered that soon, if we all call the tune,
Then the piper will lead us to reason.
And a new day will dawn for those who stand long,
And the forests will echo with laughter.

If there’s a bustle in your hedgerow, don’t be alarmed now,
It’s just a spring clean for the May queen.
Yes, there are two paths you can go by, but in the long run
There’s still time to change the road you’re on.
And it makes me wonder.

Your head is humming and it won’t go, in case you don’t know,
The piper’s calling you to join him,
Dear lady, can you hear the wind blow, and did you know
Your stairway lies on the whispering wind?

And as we wind on down the road
Our shadows taller than our soul.
There walks a lady we all know
Who shines white light and wants to show
How everything still turns to gold.
And if you listen very hard
The tune will come to you at last.
When we all are one and one is all
To be a rock and not to roll.

And she’s buying the stairway to heaven.

“There’s a feeling I get when I look to the west,
And my spirit is crying for leaving.”

Anyone that knows me, knows how much of a monumental mistake I feel the move from California to Virginia was for my family in 1996. If I had it to do over again, it would have never happened. If you have ever received an e-mail from me, these words may look familiar. That is because as I shuffle my e-mail signature around every few weeks changing out my favorite quotes, this is one I used quite often. I live in the east and these words just hit home. When I look west and see a sunset, all I can think about is how much I miss California. I think about all the years I missed with my parents and how much our move really did break their heart. I was an only child, my ex husband had parents that were wealthy enough to fly out to VA whenever they wanted. My parents, not so much. Then my Dad’s health took a bad turn and even if he did have the money, he would not have been able to travel. The weather: do not even get me started. People flicking cigarette’s out their car window like planet earth is a waste can! It drives me nuts! Cops camp out waiting for someone going 5 MPH over the speed limit or God forbid that expired decal! But everyone and their brother can be a ‘flame thrower’ and the cops and YES, Roanoke, Salem and Vinton POLICE, I am talking to you, Shame on you for not pulling these ‘flame throwers’ over! In California if you do that you will get pulled over so fast you won’t know what hit you! The smoking ratio is a lot less too, but even those that do smoke do not want to get pulled over and do not want to start a wild fire. Then there is the fish out of water thing. I just don’t fit in here. I could go on, but you get the drift. I am not putting anyone down. Look, if someone from here moved to California, they would have the same whoa, only opposite. In fact a maintenance worker for the complex I live in went to California for four months a few years ago when he was out of work. His wife’s sister lives in the Los Angeles area and there was some short term work for him out there. He hated it. He despised it. He hated the crowds, the traffic, the fast pace and the weather if you can believe that! I told him…. yes, I told him…. I understood! It is not that California is better than Virginia. Virginia is one of the most beautiful states in the country. The city I live in is fairly affordable and low crime and there are a lot of wonderful people here. It is just simply, I am a California girl, through and through. This is not my way of life. However, my way of life is not better, it is just different. Just like the man that went to California for four months with his wife and two daughters. Even Disneyland, the “Happiest Place on Earth” did not change his mind! I get it! It is culture not who is better because nobody is better it is just what you are used to. So my spirit cries for leaving every time I look to the west…. except in October. 😉 I do love it here in October. 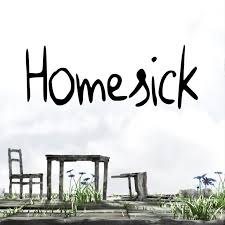 “Yes, there are two paths you can go by, but in the long run
There’s still time to change the road you’re on.” I love this because it is saying if you are making mistakes, there is time to make it right! We all make mistakes because we are human and no human is perfect, except one who walked the earth over 2,000 years ago. So I think those are words we can all relate to.  More than anything though, “Stairway To Heaven”, even after all these years, is just a timeless, great, kick ass song that will probably be just as popular when my Granddaughter and soon to be born Grandson is my age as it is now. It is not just a song, it is a legend.

I picked a live version because I like to choose live versions if possible. I is awesome! Enjoy! Until next time, K. 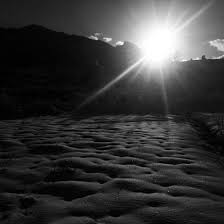