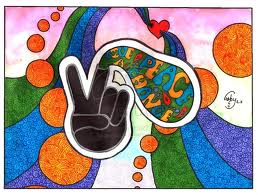 I truly feel blessed to have been born in what I consider to be the most colorful year of the 20th century, 1963. I truly feel it is, in part, what makes me the firecracker I am. I believe God makes us all unique creations, but boy, was He experimenting when He created me. So many things happened that year. I feel that there are things that transcend our understanding. For instance, my college mentor’s daughter was born on the day JKF was assassinated and when she grew up, she became a political science major in college.  I may be quirky, but my heart is always in the right place and I am happy with me. It has taken me years to arrive at this place.

The Beatles Vs. The Rolling Stones. It is the all time challenge. I love them both! It is kind of like asking me who I would route for if  The Raiders were playing The Steelers. I would really be in a pickle. I would not loose but how would I pick? If backed into a corner, I would have to go with The Raiders because of my California roots and my love for the Bay Area (They were the Oakland Raiders, moved for a while, then moved back to Oakland). So if pressed, yes, I would pick the Stones by a mosquitoes eyelash! 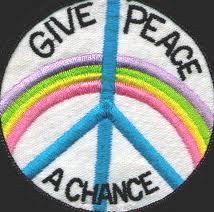 I picked this song for a variety of reasons. As a musician and singer (who has lost my voice to fibromyalgia), I look at the quality of the music. I look at the feeling….. what does this song do for me? Does it make me cry…. feel…. transport me to a place or time? Does it tell a story in three minutes the same way a Hollywood film would in two hours? The song I picked does all this and more. This song transports me to the late 1960’s/ early 1970’s. I would have made such a great hippie! If I could have picked one other time and place to have lived and come to age, it would have been then. However, I was just a small child during those years. One month shy of my 6th birthday, I remember clearly Neil Armstrong taking those first steps on the moon! My parents told me, “Remember this Kelli Lynn, you will tell you kids and Grandchildren someday about this”. And remember as clear as if it were yesterday. I remember watching on that big console TV those first steps on the moon, my Mom, Dad, Grandma and Uncle David all glued to the TV in awe. Those were the days! If only now we could listen to what they said back in those days…. ‘give peace a chance’, ‘make love not war’, etc.  and not bicker and get nothing resolved.

This song is gritty….. it is real…… and to me, it is one of the sexiest songs there is. Romantic songs are great for slow dances and slow kisses. But when it is sizzling hot…. this song has me! Whoooooza…. I mean there is nothing like this song for mega sizzle. Besides that: it is perfect for the time. The video I chose is perfect. So sit back and enjoy the 13th best song of all time, “Gimme Shelter” by the Rolling Stones. Until next time, K. 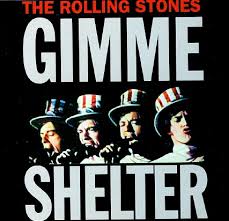