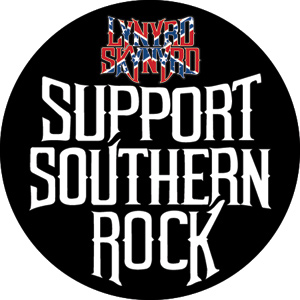 No! I am not ‘going native’. After nearly seventeen years as a honorary southerner and being raised as a third generation “Texan”…. my Grandparents and company migrated from Texas in the late 1930’s to the Bakersfield, CA area for hopes of a better life. Of course I had to be the one to mess all their hard work up and move all the way back to the east coast (I have always tended to be the reject…. the black sheep…. the non-conformist). I will say, be that as it may, I am painfully homesick for California just about every waking moment. The south….. Georgia and South Carolina… is the place where my great-great-great Grandparents on my paternal Grandmother’s side first settled from Britain in the late 1700’s. For my paternal Grandfather’s ancestors, they came during the potato famine of Ireland in the 1800’s. On my mother’s side her Dutch ancestors came from Holland in the mid 1800’s, landing in South Carolina. Even her Italian (biological) Mother was southern, being born and raised in Alabama. So each and every one of my Forefathers / Mothers got off the boat south of the Mason-Dixon line. Other than the fact that I vote blue in political elections and most of the southern states tend to lean red, I relate much more to the south than I do the north. Now this is not in any way, shape or form an insult to my northern friends or readers. About 75% of it is weather. I simply am not a cold weather girl. I despise winter. I am ‘allergic’ to snow. Driving on ice is like ice-skating with your car. Nothing about winter is fun except Christmas and if you add in the stress that the money, commercialism and amount of things that need getting done factor in, one could argue that even Christmas is not so ‘fun’ anymore. Of course, when you have Grandchildren, that does change things a good deal.  I do like Virginia three months out of the year…. Autumn. The leaves do not change colors in Bakersfield. They get brown and die in winter …. all six weeks of it…. and then by Valentines Day, the trees are budding again. Also, I know, love and adore some wonderful people from the north. It is just not ‘my’ lifestyle. 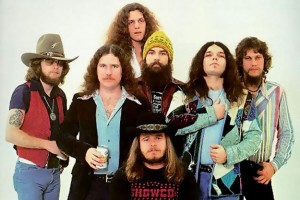 Nonetheless whether southern was in my roots or not, the song that I chose as being the 14th greatest song of all time is one that I think everyone loves. How can you not? This song makes you want to get up and dance! It takes me back to my childhood! It kicks up memories of “Run Forest, Run!”. Most of all it is by one of the greatest rock groups of all time and two of my other favorite songs are also by this group (but not musically strong enough to make the ‘best of the 25’ list). Even so, these other two songs will make my ‘honorable mention’ list when my count down concludes.

“Sweet Home Alabama” always makes me think of the scene from one of my favorite movies, “Con Air” in which the oh-so brilliant Steve Buscemi’s character says, “Define irony. Bunch of idiots dancing on a plane to a song made famous by a band that died in a plane crash.” This is while the convicts are dancing and singing during the song while in flight. What is sad is the circumstances that made writing this line possible. On October 20, 1977, the bands chartered airplane ran out of fuel and crashed in a forest near Gillsburg, Mississippi. The crash killed Ronnie Van Zant, Steve Gaines and Cassie Gaines (siblings), assistant road manager Dean Kilpatrick, pilot Walter McCreary and co-pilot William Gray. All were killed on impact. Other band members and road crew suffered serious injuries. Lynyrd Skynyrd has reunited and still sing and tour. However, Ronnie Van Zant will always be the voice of the band in my opinion. So I chose an older video of a live performance. Enjoy my pick for the 14th all time best song, “Sweet Home Alabama”. Until next time. K.