Believe me when I say I am nothing like my late Mom when it comes to age. Not only was she serious about fighting the effects of Father Time, but she was very touchy if the subject of age came up. I don’t know why. She was striking and being only nineteen when she had me (and me looking a bit older than I was as a teen), people used to mistake us for sisters rather than Mom and daughter. The same was true with my Dad, except they thought I was his ‘younger’ girlfriend when we would go to dinner or any public place. That I did not find funny as a teen.  Now I do. I followed in my parents foot-steps and with the exception of when my weight dropped below 135 lbs….. I looked very sickly and wrong then. For the most part,   people seem to think I am at least eight to ten years younger than what I am.  Not a boast, just an honest observation. Honestly, age has never bothered me. Getting older is better than the alternative! I truly feel old is a state of mind. Most days my physical body feels ‘old’. But judging by the belly laughs I get out of Paul, you would never know it! I certainly do my late Dad and late Uncle Larry as well as my Uncle David proud to carry on their zany, loopy ways. Now there were ‘three boys’ that could get some laughs.

So why is it when men age they are distinguished and when women age, we are just…….. old? Women shave, pluck, bleach, lift, hold, cinch, crunch, do pilates, push, wrap, nip, tuck, conceal, dye and generally do anything and everything to look as perfect as possible disregarding comfort and dignity? Bear in mind, age has never bothered me. I run with the saying, “You are only as young as you feel”. That is a trick question for me. My mind feels 20 something; my body usually feels at least 80 something. Of course the latter is due to a very destructive condition and nothing to do with my frame of mind. It is with this in mind I am perplexed as to why the birthday coming up a year from this August really has me thinking……melancholy….. oh poo, downright depressed. 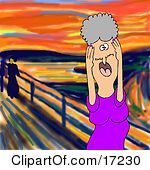 It is with all of these things in mind that I draw your attention to the Summer Olympics, 2012, hosted in London, England, UK. It seems like a blink since Paul and I were in London getting his immigration ‘interview’ sorted out. We made sure that was taken care of first thing so we would not be stressing about what ‘questions’ the interviewer might have. We had heard horror stories about these interviews. We went to the US Consulate, anxiously awaited our turn and went to the window. I think the American gentleman conducting the interview was taken a bit off guard to see me there. Then he proceeded, “How did you two meet?”. Paul answered. The man went on and explained what would happen after he flew in to the States, what he would have to do as he started stamping papers, etc. Paul and I looked at each other both with surprise and glee! One simple question. One. Giddy with happiness at the ease of it all, we were like children frolicking out of the building. Even a guard outside the Consulate asked us what was going on and with a big grin he wished us well! 🙂 So the rest of the week, we enjoyed what would become my 3rd favorite city on the planet. Paul and I just celebrated our 7th wedding anniversary and it seems like yesterday that in the underground, on the streets or even over the River Thames, the posters were everywhere: “Back The Bid”; “London 2012”. Here we are! 2012 is here and the games are due to start in a few weeks time!  So what is all this leading to? ONE PILOT! Yep! A pilot. Captain David Thomas. If you are a Facebook friend of either and/or both Paul and I then you may have read our little diddy about how they flew the Olympic flame from Greece to London a few days ago. Paul and I heard this on the news and the goofballs that we are started hypothesizing. How do you get a flame through airport security? Does the flame have its own seat or do you put it in the overhead compartment…. which, as I said, would likely ignite the sprinkler system. So likely, as we found out, it does have its own seat… the little mini flames… each in their own container…. safety in case one or more of the other flames go out! Captain Thomas had a big job but has flown other high profile …. um, entities…. before flying the flame to its destination.

The thing so upsetting? He is younger than me! Not by a lot, but younger!!!!! In all fairness, Paul thought he was well into his fifties. So did I. Maybe flying high ranked dignitaries and high ranking flames ages one a bit quicker? Maybe it is all in the perception? Genes? I know my Mom always looked fabulous! Beautiful! At least ten years younger than she was! At least up until things progressed to a very bad point….. but I choose to remember the ageless, beautiful, raven haired beauty that turned every head in the room! I am so blessed to have some of those genes. And Dad… whoa! Handsome as they come! 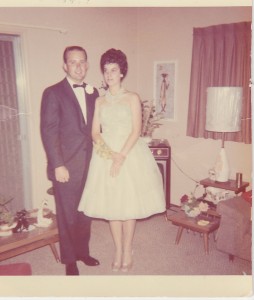 BOTH MY MOM & DAD WERE VERY BEAUTIFUL PEOPLE. NOT ONLY WAS I BLESSED WITH THEIR GENES BUT I WAS BLESSED TO CALL THEM MY PARENTS. FOR SO LONG I WAS LED TO BELIEVE THERE WAS SOMETHING DYSFUNCTIONAL ABOUT THAT BUT I NOW *EMBRACE* WHO I AM & WHERE I COME FROM. I WOULD NOT BE THE PERSON I AM TODAY IF I HAD NOT FOLLOWED THE PATH I WENT DOWN. I AM NOT SAYING I WOULD NOT HAVE DONE *SOME* THINGS DIFFERENT, FOR I WOULD HAVE, BUT I WOULD *NOT* HAVE TRADED MY PARENTS FOR ANYTHING!

So why is there double standards for women on the whole aging thing? Is it fair? No! Even Paul admits to that and agrees! Most people know I am ten years older than Paul. In case anyone wonders, *No*, it makes absolutely no difference in our relationship. It never impacts anything. The only time it may come up is issues of  ‘do your remember when_____’. For instance, the moon landing. I was young… very, very young when we landed on the moon and Neil Armstrong took that first step. I remember it like it were yesterday. Why? Well, of course, because it was such a huge impact in our history not just in this age but in all of the human race. Also, however, because I remember distinctly my parents saying to me, “Kelli Lynn, remember this! Remember this! You will tell your grandchildren about this some day!”. I do and I will! I have such a vivid memory of that hazy console, black and white TV set and Neil Armstrong ‘testing the ground’ and making sure he had his footing before making his statement, “One small step……” and of course, you know the rest. I fully intend on “You-Tubing” it with Kadence (and any other grandchildren I have) someday and adding in my own little observations that only an excited five year old circa 1969 could give (recalling that moment in time!) 🙂 The reason I bring up the moon landing and all this is simple: I remember it; Paul wasn’t born yet. One of the “BIG” things that define our age difference yet still…… it is as if even that does not make a dent in our relationship. So really, one has to ask, is age really all it is cracked up to be?

I am going to close this subject with some of the reasons I should not be dreading my birthday in August of 2013….. 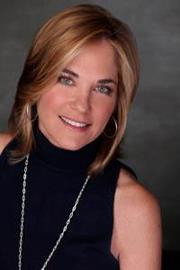 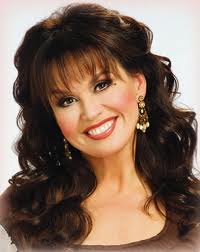 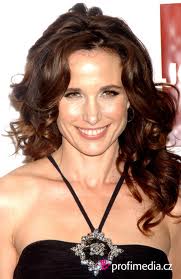 I am not a Madonna fan as I think she is quite arrogant and do not really care for her music. However, I must include her because she looks beyond fabulous (on the outside, anyway!) 😉 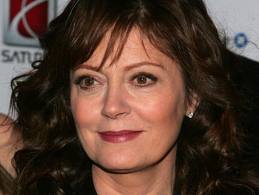 All of these ladies are still setting the world on fire and have no intention of slowing down anytime soon. Though I do have a handicap, my mind, my passions, my dreams and hopes are not handicapped. I have to work around them. That means it takes me a bit longer to do things sometimes…. especially when brain fog is high. However, I try as hard as I can to maintain a positive attitude.

So I leave you with this very fitting song! Enjoy! Until next time, K…….