Home Stretch! The 4th Best Song Of All Time! 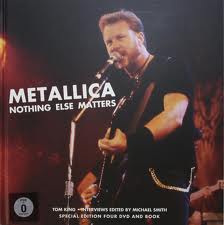 There are two Metallica songs in my pick for the top five all time best songs. My pick for the 4th best song of all time is one of those two songs. Now I know what you are thinking. You are thinking it is my raging inner twelve year old lusting after James Hetfield. You are wrong. In fact Metallica is not even my favorite band! Coldplay is! Metallica is my second favorite band. 🙂  I am looking at overall music (as a trained musician and vocalist I know what I am looking for), ‘feeling’…. how does the song make you feel? Where does it take you? What message is it sending? Is it ageless…. is it as good today as it was a year ago… a decade ago and if it has been around long enough, three or four decades ago? 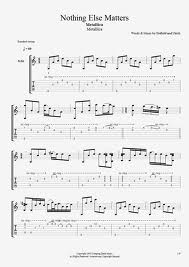 This song has special meaning to me. It is ‘our song’…. mine and Paul’s. Especially giving that the first year of so of our engagement was the ultimate in long distance with him being in Ireland and me in Virginia. Here is the story of how James Hetfield wrote “Nothing Else Matters” (Per Wikipedia):   Singer and rhythm guitarist James Hetfield wrote the song (credited to Hetfield/Ulrich) while he was on the phone with his then girlfriend. Since he held the phone with one hand, he plucked the four open strings of a standard E-minor chord with the other, which eventually made up the first two bars of the song. The lyrics, which talk about being “so close, no matter how far”, were also dedicated to his girlfriend, indicating the bond they shared even when Hetfield was on tour. Initially, the song was not meant to be released, as Hetfield had written it for himself, but after drummer Lars Ulrich heard it, it was considered for the album. 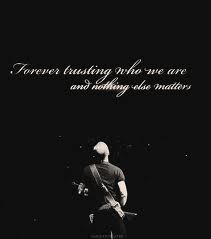 This is not heavy metal (which I do love!) but rather the most beautiful love ballad you will ever hear. Paul got to sing ‘back up’ along with 65,000 other people at Donington in 1995 (lucky!). So I give you, the 4th best song of all time which is also my love story song (as well as Paul’s)…. and remember, “Nothing Else Matters”. Until next time, K. 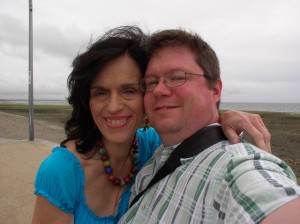