Horray for HOLLYWOOD! Today… it is officially after midnight in California as I sit up with day 2 of one of my famous cluster migraines. I really must address this issue further but have so many other things to deal with health wise that migraines I have been getting since age 10 with and that sometimes stop for months on end and re occur and can last nearly a week at times, seem to be low of the list.

Today the gowns are going to shine, the hair is going up and the speeches will rudely be interrupted by the orchestra playing louder and louder and LOUDER. It is the Superbowl of Hollywood!

As I sit here eating my vegie wrap on a whole wheat tortilla, trying to regain some control over this raging headache so I can sleep (even if means sleeping sitting up), I reflect on what my thought for the day is and though I rarely like to do ‘cross-overs’ between my blogs, I am going to put this simple thought out there: There are so, so….. SO many people who live in chronic pain. Most of our family and friends ‘know’ we have something that makes us hurt. However, unless you are the primary caregiver or the person yourself, you probably don’t really know how bad it can be. I was up 3 hours in the night last night which messed up my whole day as I slept way too late once I finally got to sleep. And here I sit again. I have been awake for nearly 3 hours again tonight/this early morning. 🙁 We have our own ‘closed’ groups online so our loved ones do not consider us ‘complainers’. And no, we do not sit in there and throw pity parties. However, if you are having a rough day/week/month, etc., you are free to vent and talk about it without fear of judgement. So, if you have someone in your life who you know deals with pain, give them an Oscar because I can nearly 100% guarantee you they are putting on a brave face….. a great act for you and everyone else as not to be considered a “Debbie Downer”.

My song of the day…. well my all time #1 Favorite movie is “It’s A Wonderful Life” and since that ended with “Hark the Herald”, I think I will skip that or my headache (and my nerves) will plummet out of control. So, one of my five all time favorite movies is “The Big Chill”. Made in the mid 1980’s with an ensemble cast of big names or rising big names and playing a very large part in how my 2nd daughter Sarah (Glenn Close played Sarah Cooper), a bunch of tight knit (but scattered) college friends reunite for the passing (suicide) of their friend Alex. Here is a side note of trivia; Alex (the corpse they are dressing at the opening of the movie) was played by Kevin Costner. He had other scenes, but they were deleted. It is and always will be one of my favorite movies. On its soundtrack (though as far as I can tell, it is nowhere in the movie) is one of my all time favorite classic songs I file under “Mood Music”. Mood Music is the kind of music that just makes you feel a ‘certain’ way. Many of my featured songs of the day will be “Mood Music”. You cannot describe it and don’t understand it but it just puts you in a certain place that is usually pleasant for a variety of reasons. 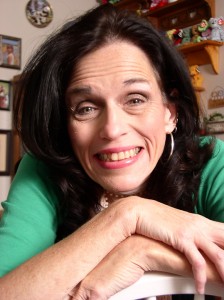 So, enjoy this few minutes back in time ALSO! Footage of my 3rd FAVORITE! city on the planet! LONDON, England! Yep! Recognized it right away! 🙂  “A Whiter Shade Of Pale” by Procol Harum.