Polka Dots & All Kinds of Everything! 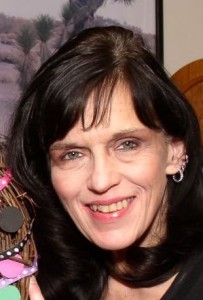 Polka Dots! They are just so…. HAPPY! Yes, happy. Bouncy. Invigorating. When you sing to the song, you follow the bouncing ball which is really a polka dot in disguise! Can you imagine singing Led Zeppelin’s “Stairway To Heaven” while following a bouncing ball/polka dot! =:-O

Wanting a generic ‘door hanger’ (you know, for the time of year that ‘nothing’ is going on), I embarked on my quest and my first invention was born. From there the ideas just flooded in like a river! The only thing that remains the same is that no two creations are exactly the same! Paul was so dazzled by the door hanger, we are keeping it for our indoor and alas, I will make another ‘generic’ (out) door hanger. The sky is really the limit. Picture frames, trinket boxes, etc. It does not have to be dots; it can be shells or stars or squares or an eclectic mixture. Color schemes are nearly infinite. I found three basics for the ribbon and added my two favorite colors (sea foam green and coral), also added a pretty baby blue and went from there. If interested, contact me and let me know what you have in mind! 🙂 It can be simple ranging from $5 to totally elaborate and I will work with you on cost to make it as low as possible. 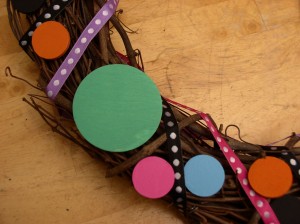 A song of the day that goes PERFECT with polka dots is this little diddy straight from Ireland. There is this competition called “Eurovision”. Paul introduced me to this bouncy little love balled many moons ago. Dana was actually from Northern Ireland which is part of the United Kingdom, but……. in 1970 (this was BIG schtuff back in the day), they ‘let her’ compete for the “Republic of Ireland” as they decided the ‘island’ of Ireland could compete as a separate unit.

So enjoy a sweet song, “All Kinds of Everything” by Dana