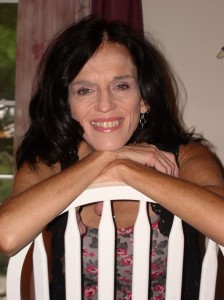 We all get in our music ‘comfort zone’ and many of us are afraid to venture out and find new sounds, new lyrics and new ways to express ourselves in this lovely thing called: music. In the Glover house, you will hear the expression, “Everything from Metallica to Mozart”. That is the truth. With the exception of  ‘death metal’, twangy country and most rap, you will find the most eclectic choices of music you have ever seen.

“Music is a moral law. It gives soul to the universe, wings to the mind, flight to the imagination, and  life  to everything.”

This statement nails it straight on the head!

Of course, I have to pick a “Coldplay” song for intro #1. They are the band that ‘took the roll with me’. In case by now you are not sure what that means, I will explain. On 9-30-2010, doing 5 MPH under the speed limit and listening to the smooth, serene music of what was then my 2nd favorite band, I was taking my near 1 hour drive home from my very stressful job. This Thursday night was less stressful really; an atypical end of the month day. The type of day that would usually have me blasting Godsmack (when really stressed, I blare hard/metal music). I guess the only thing ‘out of the ordinary’ is that this particular night, I was not too stressed at all….just chillin’ to Gwyneth Paltrow’s hubby and the rest of the band. Then, out of nowhere,  one of my back tires blew. The song playing was “Fix You” from the “X & Y” CD. It is a fabulous song, and very fitting to a woman rolling a car, not know what was going to happen. My favorite Coldplay song, and the song of the week I am going to introduce is, “The Scientist”, by Coldplay. This song is moving, beautiful, serene and lovely in so many ways. I think people ages 6-96 could love this song!

OK, since I explained about the wreck and why Coldplay booted “Grateful Dead” as my favorite band of nearly two decades to #2, I am going to go ahead and send the link to both “The Scientist” AND “Fix You”, the song that was playing when Coldplay ‘took the roll with me’. Enjoy!