Tales Of The Donkey: Part 1

First and foremost, I want to apologize for leaving this blog dry for so long. I assure you, with the exception of being in the hospital (should I have neck fusion and another pretty big surgery I am looking into), I will post every one to two days. I hit a pretty bad low patch and did not do much of anything for a while. I, now more than ever, am ready to kick life in the butt and do what I can within the limits of my disability. It may slow me down, but it will never stop me! So what I am doing is laying it all on the table…. AWAY FROM FACEBOOK. I am certain people are curious. It is long, very long, so I am splitting it up into parts. So ……Why I am who I am: Politics

Tales Of The Donkey: Part 1 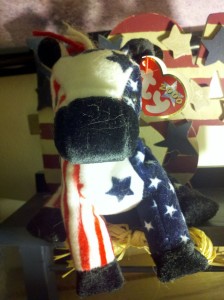 First and foremost; I will ignore and delete all swipes, insults or any other attempts to ‘make me see the light’. No one is going to change me, nor am I going to change you. I do not want to change you! You have a right to feel as you wish, just as I do. Aren’t you glad that we live in a country that gives us this right? Many died for us to be able to have this right. Why some people make it their mission to ‘convert’ people is beyond my brains capacity to reason. It saddens me deeply that I have had to block two men from Facebook that seemed otherwise nice. In both cases they were needling and needling and I made several attempts to get them to stop. I begged towards the end. The fact that they did not *RESPECT ME ENOUGH as A PERSON and as A WOMAN *, proves further what I feel about their party. They are not converting me, they are giving me further evidence to validate my position. However, back to the point at hand, I know this is away from the normal ‘lite’ nature of this blog, however I am usually the first one talking politics at election time and I vowed this election (out of respect to the many different views of my FB friends), that I was not going to talk politics on FB. Also, My Pastor made a plea that people vote; did not matter which party and also that we quit all this child like bickering and foolishness back and forth. I am disappointed because some of my church family resorted to just that openly on FB. It near breaks my heart 🙁 And then Pastor followed sweet by stating that Walter Mondale lost EVERY state in 1984. He DID NOT; he won his home state of Minnesota and the District of Columbia. True, being the sacrificial lamb for the Democratic party to Reagan who NO ONE would beat (by the way Reagan’s ‘trickle down’ never made it to my growing family and there were many times…. too many to count….. my in- laws had to take my family grocery shopping or we would have gone hungry… it was AWFUL; just the worst thing you can imagine). Bear in mind also, Bakersfield, CA in the mid 1980’s did not have 2nd and 3rd shift jobs available the way they do here in the Roanoke, VA area. If they had, I would have gladly worked a shift opposite my 1st husband to supplement our income. Any ‘9 to 5’ job would have been eaten up by childcare expenses. I know here, in VA, for a fact, one of my friends at Wachovia was paying ONE of her two paychecks per month…. half her pay…. to put her daughter in the Honey Tree Center adjacent to the processing center we worked in. She also had the benefits so that was another reason to work, however I know she left not too long after I left, when I went to Liberty. Most women I have worked with who have had more than one child (or even just one child) have either 1. Have a family member, friend, etc who is willing to babysit for little or nothing. 2. Work opposite shifts from their husband (I have a good friend that did just that to avoid child care altogether)

1. I was always taught by my Mom, Dad and Grandma Minnie Mae Coleman….. and the longer I live the more I believe it to be true….. the Democrats are for the working, middle class; the Republicans for big business and the status quo/ well off. I would also add the extreme right wing / evangelical religious (perhaps not rich money wise, but very conservative in their beliefs). Here is one: and I would like to add, no ‘pro choice’ person I know is ‘pro abortion’ …. that is nuts! Oh yeah people love the thought terminating the possibility of a new life. I don’t know personally anyone who has had an abortion, but in reading and hearing 2nd hand accounts, the women that have had one say it is the most gut wrenching decision of their life. Again, I could never get an abortion, under any circumstance; even in a case of rape, but I am not here to play God and tell other women what they can and cannot do…. FURTHERMORE….  read this very CAREFULLY……… ROE V WADE was passed Jan 22 1973…. don’t even have to look as I know it was on my Dads 33rd b day. We are coming on the 40th anniversary. IN the 40 years all these Republicans talk about abortion, abortion, abortion… but why has it not been overturned? Don’t say, oh well it is a Democratic congress because that is bull. We have had  Republican/ Republican executive office and congress on more than a few occasions now. It is LIP SERVICE! They know it will never get over-turned. It is just a way to win votes from the low income conservatives who do not study the reality of it.  So why not jump on that and do something about Roe V Wade. It cracked me up a few weeks ago as an Arizona house of rep or something along those lines did this thing where a woman now has 2 weeks less to get an abortion as they are moving the conception date back. WHAT? Whopping wow… a whole 2 weeks. Do not get me wrong, if abortions were overturned you would see no tears from me. As a woman who suffered secondary infertility however,  financially and health wise was not in a position to adopt, how I would have loved to have been able to have adopted a child that a woman / couple was not ready to take care of yet. We are OK. We have each other and he is a very caring step father…. I don’t think my girls know the half of his heart or some of the lengths he goes to…. he would do anything for them. He adores my girls but respects his role as step Dad…… and an amazing Grandfather to our beautiful Granddaughter who we both worship and adore.  Roe V wade is all lip service and isn’t going anywhere and Republicans use this all the time. I vote pro life?  OK, but in forty years why have the Republicans not put their money where their mouth is? It is never going to change… right, wrong or ‘a woman having an abortion will have to answer on her own someday… to God…. not our place”. One other thought. The same people who are so against pro choice; these are usually the same people AGAINST FINANCIAL AID FOR PEOPLE WHO CANNOT AFFORD TO RAISE THEIR FAMILY! “You have that kid you cannot afford, but don’t you dare try to apply for any financial aide to get you on your feet!” What, in forty years, have the Republicans done about abortion other than use it to fuel fire and get votes. It is sad people walk into this trap because they know it is an easy way to get lots of hair trigger/ emotional votes.

2. THIS I KNOW: I have always known better times under a Democratic president than the opposite; no matter which way congress was divided. And read this CAREFULLY: When we have had a REPULICAN PRESIDENT, I do not sit and stew for 4 years, throwing out snide remarks like a spoiled brat. I taught my children, you respect the person that is in that office. If it is not who you voted for, you will have another chance in 4 years to have your voice heard. I am PROUD of my party for respecting the executive office . The Republicans are NOTORIOUS for not ‘getting over it’ and certainly for utter and total disrespect. I want nothing to do with any of that. The two men I blocked were proof of that when I told them to stop they did not respect my wishes. I was not going to ‘just read this and this’. What they wanted me to read was obviously conservative slanted and nothing is going to change me anyway. I could have read every Republican flyer in print. My mind has been made up for months on who I am voting for, NOTHING is changing it. NOTHING.  NOTHING… will……. change…. how…. I …… feel. The more they pushed the more upset I got. My wall; my rules.  AT LEAST THEY PROVED MY POINT OF EVERYTHING I JUST SAID. I rest my case on that one! 🙂

I think this song states it perfectly:

Stay tuned for Part Two of: Tales Of The Donkey