The 2nd Best Song Ever: A Personal Journey Song! 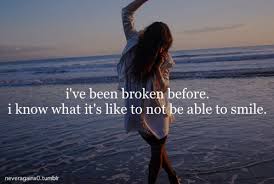 The song I picked as the 2nd best song of all time is a song that I consider excellent on all levels: musically, lyrically, tone and the way it can just grab you so deep in your soul and touch a place that very rarely anyone/ place/ song/ movie or book can touch. This song can. Not only can it, but it does. We have all made that one huge mistake in our life that has changed its course…. at least if we are over forty. If you have not, do not worry, you will! If you are under thirty five years old thinking, “I will never screw up that bad… ever”, get back in touch with me in twenty years and tell me how you like your crow: baked, grilled or fried. 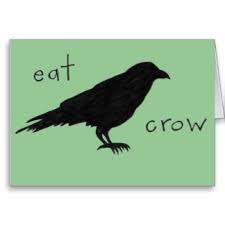 It will not be the exact mistake I made, whose is? However,  you will make a biggie because we are all human and therefore imperfect creatures. In other words, we all mess up. Occasionally…. at least once in our life… it is going to be a big mistake. Sometimes twice. I don’t plan on going there. Nonetheless you will hear me say, “I am a firm believer in 2nd and sometimes even a 3rd chance… after that, you have struck out.” While I rarely say never, that one mistake I made,  will never be repeated. Mistakes I make, everyday, yet I feel like I am somehow not allowed to make them. It is wrong and it is probably the biggest trigger in my anxiety and the reason I keep Prevacid (my ulcer medication) in business….. the pursuit of perfection. This song is about the opposite of perfection; it is about hitting rock bottom. 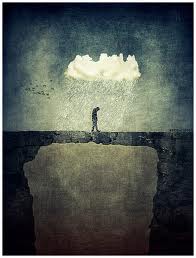 There are many interpretations about this song. Many think the character in the song is a heroin addict (and NO, I have NEVER used an illegal drug in my life, just to clear that up). It really does not matter what the character did, the point is, he hit his rock bottom. He is hopeless. He feels worthless. He feels like a dog in the rain. That is about as bad as it gets and trust me, I have been there and done that and the T shirt is folded and safely tucked away as a reminder: like an old ‘war wound’. 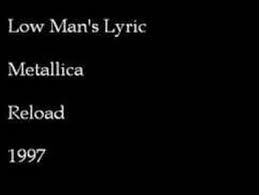 I had stated that the 2nd best song and the 3rd best song, “So Far Away” (a song of triumph), would be ‘backwards’ because I was doing the countdown backwards. So it seems a little out of order that I had the song of overcoming my mistakes and pain has already had a blog post and I am now putting a blog post about hitting one’s lowest point. However, this song is better musically so it had to be listed this way. The video I picked was shot when Metallica was doing a concert in Seoul, Korea in 1998. It is the video in which I fell madly ‘in love’ with James Hetfield. I have three men in my life…. my amazing husband Paul, my Grandson Bennett and James Hetfield, the little part of me that gets to be twelve years old for a little bit here and there.

James Hetfield had a low point. He was a low man. He was heavy into drugs and alcohol and his wife nearly took their three children and left him. He picked his family over substance abuse and has been clean ever since. As the daughter of an alcoholic, I commend him and that is one of the sexiest things about James. Anyone that can conquer a beast that huge has my deepest respect. Not only did my Mother never conquer it, she never admitted it (openly), though I did find out after her passing she did admit it privately. She lost every family member and friend to booze. She died the saddest most pathetic death one would ever imagine and as a paranormal investigator, I am almost certain her spirit is probably still in the house that she passed in. Sad. Pathetic. Just plain wrong. We will all have that low, sad, distraught point in our life. What matters is: the path we choose to take.

It does not help that we live in such an unforgiving society.

I cannot believe how unforgiving people are in this day and age. That is why I try so hard to be quick to forgive (unless someone commits the same mistake over and over and even then I can ‘forgive’…. it does not mean I will hang around and watch them crash, burn and take me down as in the case of my Mother… who I forgave). However, one can forgive but if the person makes no attempt to better the situation, one must also survive. If the person is really trying, I cannot for the love of God understand why people have such cold, unforgiving hearts. Someday, somewhere, some time, they are going to need forgiveness and watch out, because they are going to encounter a cold, unforgiving heart. Why? Karma. It is that simple. You get what you give and eventually what you give comes back around to you. The saddest part of all this, however, is not what happened to me as the child of an alcoholic. The saddest are the people that either do not or only half believe the ‘House of Horror’s’ I spent from age ten to eighteen in. Putting aside the two dark things that happened to me separate from my Mothers addiction, there are actually people who saw my Mom here and there and saw her charm….. which she had plenty of, when she was sober. I say to ‘nay-Sayer’s’ : Look up children of addiction. Look at their traits. I slam dunk nearly every one of them. And it is not my fault any more than it is the fault of a child that is physically abused. I have been in therapy for a decade and likely will be for decades to come. So at least I am trying to improve! And I am not the ‘low girl’ I was, once upon a time,  anymore. I have not been her for a long, oh-so long time. At least I am trying and I am trying so very hard!

So enjoy watching Mr. Hetfield  😉 and listening to my pick for the 2nd best song of all time. This song, when the mood strikes, is one that I can and often do put the CD on in the car and play Track 11 on repeat as I drive around and run my errands.

To read about children of addiction: 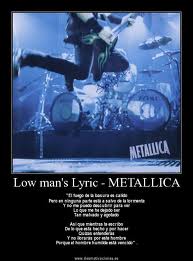