I am keeping these songs coming and will send some honorable mentions. Aren’t you curious as to what my number one song will be and IF I GAVE BIRTH TO YOU or if I AM MARRIED TO YOU, you DO NOT COUNT because you already know what it is. *Slightly evil snicker*. No, it is not “Low Mans Lyric”. I will tell you, unless you have lived on a remote island with a tribe of natives that speak an unknown dialect and have no electronics for that past several decades, you *will* know the song.

My number eighteen song is not only one of my top twenty five all time best, but hailed by critics as being one of the greatest songs of all time. It is by a band that broke out big time around the time I was in my last few years of High School (my first few records of theirs were just that, records; vinyl). They have been the best of the best ever since  and would still sell out a concert in just hours today.

I guess I love Irish things 😉 and this group would be included. 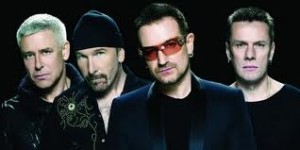 They are all easy on the eyes, but I always thought Bono was as sexy as they come. Little did I know years later would I marry a local boy from just a few hours up the road! Now there are dozens of U2 songs I could pick. They are all good. They all move. Motivate. That is what U2 is about….. making a statement. This particular song, originally released as  the third track from their 1991 album “Achtung Baby” was also released as a benefit single to help in AIDS research. How very U2 apros pos. 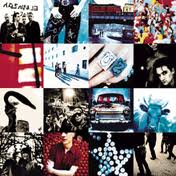 Ask ten different people to tell you what this song means to them and you will get ten different answers. To me, it is about a turbulent relationship. Now this relationship can be between lovers, parent/child, or any other combination. I can relate so deeply to two people in my life especially smack dab, slam dunk the lines,

Well, I quit crawling a long time ago because I realized that nothing I do is going to be good enough…. ever. It is only when I am held up to reasonable standards (you know, those of a human being that falters and f**ks up at times) that I will be in a position to be looked at as someone who is trying her hardest, giving it her best shot and still, at times, will fail. Even with those that love me and care there are times I just feel I can never say the right thing. I try. My heart is always in the place of lifting them up, but it is almost as if I am set up to fail.

So you decided what this song means to YOU because it won’t be the same for me or your spouse or your friend or the guy next to you in the shopping line.

Here is the wikipedia link if you are interested in reading about this song,  because a lot went on around this song including the near demise of the band…..

And the song itself, enjoy. Until next time. K.