First, I want to apologize for the lapse in posts. I am having ‘computer issues’ which are not going to get sorted out anytime soon. So, I decided to resume my blog and just put my trust in my old girl here to see me through my next few posts. I am anxious to get them out and have had numerous inquiries (a good thing, believe me!!!!)  🙂 on when new blog posts would be out. So, we resume the top twenty five, best ever songs, with number nine. This song is an oldie, but oh-so goody. I remember it for as long as I can remember noticing music! 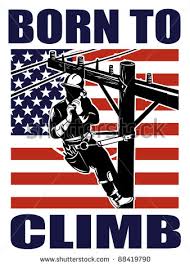 Paul and I have a lot of ‘songs’ and this is one of them! Paul said it was ‘ok’ to say he is not the greatest singer in the world… though as I told him if he really wanted to pursue singing (he does not), he could have a good voice if he tried. As a former trained vocalist, believe me, singing is only part gift and a lot of practice, practice and more practice. In any event, when my modest little Irishman sings,

I just melt. I know I kid around like a hormone infested twelve year old about James Hetfield (my mid-life crush), but I know where I want to be! We have several songs…. enough to fill at least two CD’s…. but this song would be in the top five of  ‘our songs’ for sure! However, more than that, this is just a really great, timeless song.

Before I ever start writing any piece, I pick out my graphics, music. I found the perfect video to go with this song and to just drive home that it is more than a love song, it is a testimonial to the many men and in recent decades, women who climb those poles in all kinds of weather. On the video, in case you miss it, the last picture is the man’s (who compiled the video) Grandfather climbing his last pole before his retirement in 1972. So here you go, my choice for the 8th best song of all time, “Wichita Lineman” By Glen Campbell 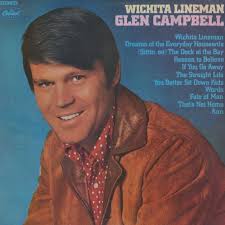